Running Out of Karma: Cinema City and A Better Tomorrow 2

After its formation in 1980 by actors Dean Shek, Karl Maka and Raymond Wong, the first film released by Hong Kong studio Cinema City & Films Co. was 1981’s Laughing Times, a comedy starring Shek as “the Chinese Charlie Chaplin” that appears to be some kind of mash-up of The Kid and City Lights (I haven’t seen it yet). It was directed by a young director who had spent the previous decade wandering from studio to studio with modest success with both action movies and comedies, John Woo. Also in 1981, Cinema City produced the fourth film, and the first hit, from director Tsui Hark, whose previous three features had helped launch the Hong Kong New Wave with their anarchic punk attitude and mixture of Western techniques, genres and themes with more traditional Hong Kong genres. All the Wrong Clues for the Right Solution was a clean break from all that, a comedy starring Karl Maka and Teddy Robin that Tsui called a “silly movie. All the movies I’ve done before were very serious and very depressing.” (That’s what it sounds like at least, I haven’t seen this one yet either. I have a lot of movies to watch and this project is growing bigger by the day.) For the next decade Cinema City provided a home for some of the best directors working in Hong Kong. Not just Woo and Tsui, but Ringo Lam, Eric Tsang (who launched the Aces Go Places series, some of the most popular films of the decade), Ronny Yu, Corey Yuen, Yuen Woo-ping, Lau Kar-leung, Clifton Ko and, of course, Johnnie To.

After Laughing Times, Woo made a few more comedies I also haven’t seen: the promising-looking if dubiously titled Plain Jane 3: Plain Jane to the Rescue, starring Josephine Siao and Ricky Hui; Run, Tiger Run, scripted by Raymond Wong and starring Teddy Robin and Bin Bin as characters named “Teddy Shit” and “Benny Shit” (Bin Bin also starred in the Andy Lau/Cynthia Rothrock film The Magic Crystal, a Wong Jing phenomenon that recently played at Scarecrow Video in Seattle); and The Time You Need A Friend, which is apparently a remake of The Sunshine Boys co-written with Raymond Wong. The last two of those were also produced by Cinema City. He also made an action film called Heroes Shed No Tears at Golden Harvest, which he was reportedly unhappy with and had shelved (it shares a title with an epic Chor Yuen fantasy film). Then, seemingly out of nowhere, Woo directed one of the greatest action films of all-time. A smash hit that made Chow Yun-fat a superstar and whose visual style revolutionized action cinema the world over while all but inventing a new genre, which I guess we’ve decided to call the “heroic bloodshed” film.

A Better Tomorrow is a wonder. Working on themes inherited from a variety of sources, including but not limited to the crime films of Jean-Pierre Melville, American gangster and noir films, Westerns and the wuxia films of Chang Cheh, with whom Woo had worked as an assistant director in the early 70s (and which are on display in an early form in his own Shaw Brothers swordplay film Last Hurrah for Chivalry from 1979), the story focuses on a gangster (played by Ti Lung, star of many a film by Chang and Chor) and his three “brothers”. The youngest is literally his brother, played by Leslie Cheung, who is training to become a cop and is unaware of Ti’s criminal life. The other two are his Triad brothers: Chow Yun-fat as Mark, a badass with cool sunglasses and an iconic jacket and Waise Lee as Shing, a new member of the gang. The film explores the shifting demands of loyalty and the warrior code, as Ti attempts to go straight and Mark becomes a laughing-stock after he is severely injured in a gun fight, leaving him with an awkward limp. This is contrasted with the unraveling familial bond between Cheung and Ti, cop and crook. Loyalty and honor, and evil as the lack of respect for those ideals (as Shing betrays his brothers for personal gain) is a thematic hallmark of the genre, as is the mirroring of hero and villain, the creation of equivalencies between characters on opposite sides of the law. Beyond the film’s contributions to fashion and visual style (which are considerable) it is this thematic scheme that forms the foundation for most of the crime films that follow in Hong Kong cinema, and in particular the work of Johnnie To, who continued to explore the genre’s complexities after Woo left for Hollywood in 1993.

A Better Tomorrow was a massive hit for Cinema City, Woo and the film’s producer and co-writer, Tsui Hark. As such, a sequel was inevitable. But almost immediately problems began. Chow Yun-fat’s character had died at the end of the first film, but a sequel without the man who’d become the biggest star in Hong Kong was unthinkable. So, of course, they decided Mark had a twin brother that nobody bothered to mention in the first film. The film is most horribly marred by a new character, a former Triad gone straight named Lung and played by Dean Shek. After Lung is betrayed by one of his underlings, Shek goes crazy and ends up in an insane asylum, where he is found by Mark’s twin brother Ken who nurses him back to health in tedious and endless scenes where Shek refuses to eat. Shek’s performance in these scenes is abysmally broad, so much so that it out-balances his later scenes, when he’s returned to his apparently bad motherfucker real self. The film’s most bizarre food-related scene, though, is a notorious one in which Ken, a restauranteur in New York, is shaken down by some mafia hoods and harangues them in badly dubbed English, with Chow giving his loudest DeNiro impression while the dubber channels Pacino. (The best part of the scene is at the end, where a cop shows up, sees Ken trying to force the mafia guys to eat some rice at gunpoint and tells the hoods, “You’d better eat it!”)

Woo and Tsui bitterly fought over the final cut of the film, though as far as I know many of the stories circulating about the film’s production are merely apocryphal, including this one from wikipedia that claims Cinema City’s editors cut each reel individually, with no supervision by Woo or Tsui or communication with each other. Tsui reportedly wanted the film to focus more on Shek, my only guess as to the reason for that is that he was trying to make a parody of the first film, while Woo wanted to play it as a straight epic. The first film is incredibly tight, its melodrama flowing logically from the restrictions imposed on the characters by their code, with the result that all the death and destruction seems to inevitably and tragically spring from one initial act of betrayal, from one code-violation. But the second film is meandering and unfocused, with bizarre twists of logic and character (especially almost every scene involving Leslie Cheung), with no flow or momentum to the story (multiple times a suspense scene will cut away to a 90 second scene with Cheung’s pregnant wife crying about something dumb, only to cut right back to another bit of suspense). My favorite bit of nonsense is the insertion of an unexplained character who makes what appear to be comic book or storyboard characters out of the people and events from the first film. Is this a thing? How does this guy know all that? And how exactly is he the (only) one who knows Mark has a twin brother?

Reportedly Woo has all but disowned the film, excepting its final shoot-out sequence, a spectacular showdown in which the three heroes take on a house full of bad guys that truly is something to be proud of. The action choreographer on the film was none other than Ching Siu-tung. I’m inclined to give Woo auteurial credit for the sequence, however, as it’s more in keeping with his approach to action than Ching or Tsui’s. Ching and Tsui are of the fast-cutting, impressionist school, well-adapted to fantasy films like Zu: Warriors from the Magic Mountain or Swordsman II, whereas Woo’s films are notable for their precise compositions, smoothness of motion and occasionally strikingly long-takes (best exemplified in what I still think is his finest film, 1992’s Hard-Boiled). Ching is always in rapid motion, with bits of movement cut together to create a dizzying effect where Woo is most known for his extensive use of slow-motion, not an abstraction of the body as it moves through space but a reification of it, lending his figures a quasi-religious significance. The final fight of A Better Tomorrow II leans more toward that Woo style than anything else. It’s capped by a beautiful showdown between Chow and a silent assassin (you know he’s a super-bad guy because he never says anything) that is perhaps the only scene in the film to depict anything like the moral complexity of the honor codes that drive the first film.

Ching Siu-tung would have a massive hit of his own in 1987 starring Leslie Cheung with A Chinese Ghost Story, produced by Tsui Hark for Cinema City and his own company, Film Workshop. Ching would continue to work with Tsui (as well as Johnnie To, a longtime friend going back to their time working in television) throughout the late 80s and early 90s. But Tsui and Woo, after making 1989’s The Killer, Woo’s breakthrough film in the West, split over the next A Better Tomorrow movie, a prequel which Tsui  took over and directed as A Better Tomorrow III: Love and Death in Saigon and Woo adapted into one of his greatest films, 1990’s Bullet in the Head with Tony Leung, Jacky Cheung and Simon Yam. Both Woo and Tsui moved to Hollywood in the early 90s, in anticipation of the colony’s handover to China. There they both directed films starring Jean-Claude Van Damme and found moderate success. Both are back working in Hong Kong, where Tsui has had a renaissance with CGI-fueled fantasy films like the Detective Dee series, while Woo’s last completed (solo) feature is the massive (and stunning) epic Red Cliff. Cinema City has produced only two films since 1991. 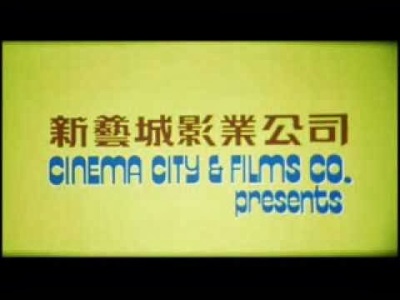 2 thoughts on “Running Out of Karma: Cinema City and A Better Tomorrow 2”