As this spring’s Metro Classics series is winding down, with Seven Samurai playing this week (tickets are going fast!) followed by Night of the Hunter and Mr. Smith Goes to Washington, I should be able to catch up with the movies I’ve seen this year (I’m 37 movies behind, at the moment.)  I wrote about some Nicholas Ray films over there a couple weeks ago, and have a little thing on samurai movies going up tomorrow.  Here are the Movies of the Year rankings for the newly seen films: 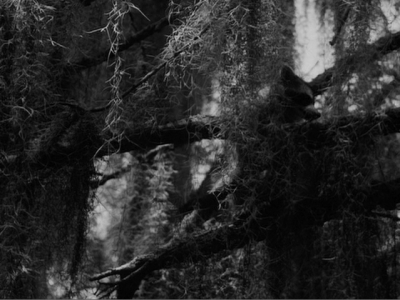 Louisiana Story – A stunning film by Robert Flaherty, 25 years after his most famous and influential film, the eskimo documentary Nanook of the North.  He chronicles life in a bayou and the ways that primal existence is altered by the coming of an oil rig.  The film was funded by Standard Oil, so you don’t expect it to be particularly polemical against the incursions of heavy industry into nature, but one can’t help coming away disturbed by the contrast between the idyllic, though dangerous, environment and the menacing and very very loud machinery of the rig.  Seen through the eyes of a young boy and his pet raccoon, both the bayou and the rig are places for adventure, and at least in this version of the world, able to exist in harmony with each other, for a little while.  Shot by the late Richard Leacock, the film has a mystical kind of beauty that one would associate more with Flaherty’s Tabu: A Story of the South Seas collaborator FW Murnau than Leacock’s cinéma vérité or the more standard images of Nanook.  The  #7 film of 1948, though that’s probably selling it a bit short.

The Furies – Anthony Mann in 1950 may have had the greatest single year for any director ever, certainly for a director in the Western genre.  He began his series with James Stewart with the encyclopedic Winchester ’73.  He created one of the greatest and earliest pro-Indian Westerns ever with Devil’s Doorway.  And he made this film, a tragic melodrama with Barbara Stanwyck and Walter Huston in his final performance.  Huston plays an aging ranch owner, Stanwyck his daughter.  When Huston buys off the man she loves, hooks up with a golddigger, and declares war on her squatting Mexican friends, she gets her revenge in increasingly cold-blooded ways.  Pointing the way toward the psychological bent Mann would give his Westerns, especially in the Stewart films, The Furies plays up its Freudian complications and allusions to Greek tragedy, going to places far darker and disturbing than most Westerns of its time.  The #9 film of 1950.

Run of the Arrow – Another great progressive Western is this film from Samuel Fuller, the plot of which may be somewhat familiar.  Rod Steiger plays a Civil War veteran who goes West and gets himself adopted into a Sioux tribe.  Inevitably, his new people come into conflict with the US Army, and Steiger, after trying to peacefully resolve things, has to choose which side he’s on.  Yup, it’s Dances with Wolves, but instead of bloated, self-righteous and condescending, Fuller respects both cultures enough to show both their beauty and their brutality, all within a compact narrative that doesn’t waste a single shot and moves forward with a ruthless momentum.  The #10 film of 1957.

The War Game – A harrowing vision of what exactly would happen in the event of a nuclear war, made for the BBC at the height of the Cold War by Peter Watkins (it was pulled from broadcast when, according to wikipedia, the BBC said, “the effect of the film has been judged by the BBC to be too horrifying for the medium of broadcasting.” Which sounds about right to me.)  A day by day, hour by hour account of what the attack would look like, what it would do to people near the center of the blast and the primitive state the aftermath of the war would reduce British society to, it’s hard to imagine what a more devastating anti-nuke film would look like.  The #8 film of 1965.

Culloden – But that was just a follow-up to another Watkins anti-war film.  A year earlier, he made this document about the 1746 battle in which the Scottish uprising around Charles Stuart (Bonnie Prince Charlie) was crushed by British troops, ending 150 years or so of civil war on British soil.  Shot in the style of a TV war report or sporting event (TV tends to treat them the same), the film chronicles the absolute bungle of the battle by the Scottish commanders and the brutal loss of life it caused.  Using the vérité style to film historical recreations, Watkins makes engrossing, wrenching documentaries that a lot of people wouldn’t consider documentaries at all, since they use actors and scripts and costumes etc.  That aside, the fact that the same visual style is now used in every cheap History Channel series can hardly be his fault, can it?  Does the History Channel even show these kinds of things anymore?  Regardless, by including the reporter in with the story, as the narrator who can barely disguise his disgust in the case of this film, Watkins further undermines the myth of vérité as objective documentation and raises a host of questions about the way our news media operates today.  These issues are all more fully explored in his masterpiece from 2000 La Commune (Paris, 1871), which I’ll get to reviewing hopefully in the next few weeks.  The #10 film of 1964.