The Heartbreak Kid – Is to The Graduate what Two-Lane Blacktop is to Easy Rider: a much darker, more realistic, less populist version of the same basic idea.  Charles Grodin plays a young sporting goods salesman who goes to Miami on his honeymoon and meets Cybill Shepherd, who is everything his new wife is not.  When his wife gets a horrible sunburn, he pursues Shepherd relentlessly, ends his marriage and follows her to Minnesota.  Director Elaine May balances the comedy with the very real cruelty and desperation in Grodin’s character, his breakup scene with his wife is as black as cringe humor gets.  The #5 film of 1972.

The Prowler – A film noir from Joseph Losey, in which Van Heflin plays a cop called out to investigate a peeping tom.  He falls in love with the woman placing the call (Evelyn Keyes) and plots to murder her husband as the two begin an affair.  They get away with it, except Keyes’s pregnancy threatens to give away the crime.  Set in only a few iconic locations (Heflin’s spare apartment, a ghost town) and with the husband a constant presence over the radio in the early scenes (he’s a DJ or something), Losey creates one of the blackest noirs I’ve seen, and Heflin’s cop is one of the genre’s scariest protagonists.  The #16 film of 1951.

Ministry of Fear – A wartime film noir from Fritz Lang, though the plot seems a more natural fit for Alfred Hitchcock.  Ray Milland plays a nice guy recently let out of a mental hospital who gets himself involved in a Nazi spy ring and finds himself framed for murder.  He skulks about avoiding the cops and the bad guys while making friends with a pretty girl and every once in a while wondering if he’s crazy or not.  The wrong man setup and the plot convolutions are Hitchcock’s natural territory, but Lang brings more serious bleakness and less comedy to the material.  It’s not as good as Lang’s similar Man Hunt from a couple years earlier, but it has a better ending than the other Lang noir from 1944, the otherwise solid The Woman in the Window.  The #9 film of 1944. 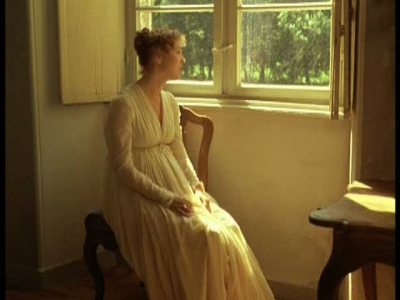 The Marquise of O – Thanks to a couple of sales at amazon.uk, I find myself owning almost every Eric Rohmer film on DVD.  But I haven’t gone on a Rohmer-watching rampage.  Not because I don’t want to see them all, but rather because I want to savor them and parcel them out slowly over the rest of my life.  Watching them all in a few months would just feel wrong, given what the films are like: their decidedly unrushed pace, the value they place in a contemplative approach to life.  This was his first feature after finishing his series of Six Moral Tales with 1972’s Love in the Afternoon (he appears to have been making a TV series in the interim) and it’s a rare Rohmer film that’s not part of a larger series.  Based on a German novel, it’s about a young high-born widow in a war-torn country who appears to have become pregnant without knowing why.  It turns out Bruno Ganz took advantage of her while she was passed out after a battle.  Ganz is desperately trying to get her and her family to let him marry her, but they just think he’s weird to be in so much of a hurry.  When her pregnancy becomes obvious, her family throws her out, despite her protestations of innocence.  Only Rohmer could get us to believe in the romanticism of it all and actually root for Ganz to get the girl and live happily ever after.  The #4 film of 1976.

La Commune (Paris 1871) – A massive film from Peter Watkins that recreates the events of the Paris Commune on a big soundstage with barebones sets and covers it like an extended live from the scene news report.  Using modern media techniques to mirror the press of the past and deconstruct the media of the present, our guides for much of the film are two reports from “Commune TV” who interview various Parisian citizens, soldiers, rich and poor women, government and Commune officials, etc, all with a stridently pro-Commune POV (these are contrasted with mainstream news programs that give the establishment line on the events).  The Commune was a democratic socialist revolt that established, for a short time, a new government within Paris.  Why and how the Commune failed is the major subject of the film, as are its big successes (secular public education, the right of women to vote, wage equality between genders and such) and we see it all play out in granular detail over the film’s four hour running time.  But more than just a history lesson, the film repeatedly loops the Commune into the issues of the present, not just in the media, but in many of the same concerns of feminism and anti-capitalism that are on-going and seemingly never-ending.  The most wondrous moment of the film is when we realize that a group of actors we’ve been watching stating their grievances and opinions in character for hours have suddenly started talking about themselves and their own beliefs, and how the experience of just being in the film has made them see their world in a new way. 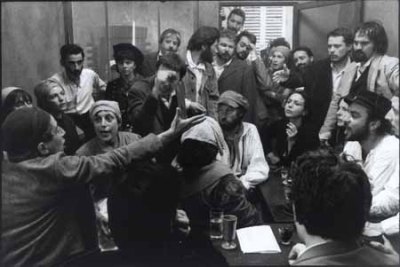 Best of lists are strange things, and my own don’t aspire to any claim of objectivity, but are instead my own favorites and films I like to watch again and again and their order changes with my mood and my age.  I’ve really never made a claim as to what is the greatest film of all-time, I don’t think such a thing is possible.  When asked, I always say Seven Samurai because that’s usually my favorite.  But there are lots of possible answers for me, and lots more reasonable answers for other people.  It wouldn’t be my choice, but if someone told me La Commune was the greatest film of all-time, I wouldn’t argue with them.  I’d say “Yeah, I can see that.”  But for me right now, it’s the #4 film of 2000.

I remain ridiculously far behind, so I’m going to try to speed through some of these.
Bonjour Tristesse – Jean Seberg stars in Otto Preminger’s film about a girl trying to break up her father’s relationship with an old girlfriend while they all live a decadent rich people life on the Riviera.  David Niven plays her father and Deborah Kerr the girlfriend.  It’s like that episode of Mad Men where Don Draper hangs out with rich homeless people in California, but with a bit of The Parent Trap thrown in. It’s lovely, the prettiest thing I’ve seen from Preminger.  The #10 film of 1958. 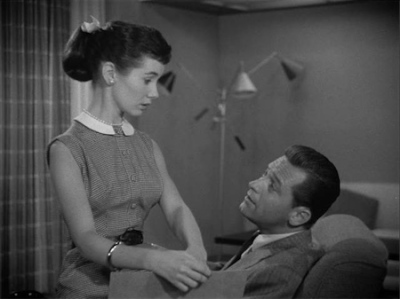 The Moon is Blue – More Preminger, this a goofy sex comedy with the adorable Maggie McNamera playing a curious, brainy young girl who gets hit on by William Holden and David Niven.  She shocks them with her frank talk about sex (theoretical sex she notes) and various comedic situations ensue.  A fairly successful attempt at bringing the screwball aesthetic into the 50s, it helps that the leads are all pretty charming.  The #17 film of 1953. 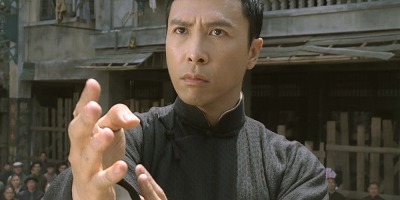 Ip Man – Donnie Yen is pretty dour and serious as the Chinese folk hero who resisted the Japanese in a variety of movies (Fist of Fury and Fist of Legend, for two).  The action scenes are, as one would expect from Yen and choreographer Sammo Hung, spectacular.  But the film is really depressing.  Not in a psychotically dark Ong Bak 2 kind of way, that would be more interesting.  More in a self-serious hero-worshiping kind of way.  The #46 film of 2008.

Jewel Robbery – Kay Francis stars as a wealthy woman who hates her husband.  When she’s robbed of her latest jewel during a store holdup, she falls for the thief (him being William Powell, this is entirely understandable).  It’s a slight, but charming proto-screwball, though I think director William Dieterle doesn’t really have the lightness of touch needed to make a film like this soar.  The #29 film of 1932.

Drunken Master – I watched the dubbed version Instant Netflix has of this seminal Jackie Chan film.  Perhaps that’s why I found a lot of the comedy pretty lame.  Directed by Yuen Woo-ping, and costarring his father Yuen Siu Tien as the old master who teaches Chan the revolutionary Drunken Style of kung fu, the fights are pretty great, as you’d expect, and the genius of the Drunken Style, invented for this film, (though it has antecedents in traditional martial arts) is undeniable.  I wish I could see it in its proper form, because as is, I found it a little underwhelming.  The #10 film of 1978.

Jane Eyre – The version with Orson Welles and Joan Fontaine, two of my favorite actors. Welles I can believe as the imperious lord with a secret looked in a closet of his gloomy mansion.  But I’ll never understand why Joan Fontaine kept getting these parts where she was supposed to be plain or mousy, instead of stunningly beautiful.  Anyway, the film flits along like it’s adapting a book it assumes the audience has read and is therefore able to fill in all the details that make the characters and events interesting.  But I haven’t read the book.  I Walked with a Zombie is better.  So is director Robert Stevenson’s work with Disney (Darby O’Gill and the Little People, Mary Poppins, etc).  The #16 film of 1943.