No blog specific content again today, as I spent most of today writing this for another website. Apologies once more if you’ve already read it.

This was the first time I’d seen The Virgin Suicides, but I’ve not been a big fan of Sofia Coppola’s other films. I had some hope for this one, however, given that it is based on a well-regarded novel, and my primary problem with Coppola’s films has been her screenplays. Unfortunately, this is one of those adaptations that leaves you with the feeling that a whole lot of the book was left out, both dramatically and thematically.

Ostensibly the story of five sisters who kill themselves, and even more, of the boys who try to befriend the girls and are mystified by their act for the rest of their lives, the film instead chooses to focus on just one of the girls (played by Kirsten Dunst) and the bulk of the film’s middle is taken up with the story of her romance with heartthrob Josh Hartnett. This limited focus is seemingly motivated by the narration, which states that the boys had a hard time learning about the girls, except from Hartnett. But the film doesn’t strictly hold to this limited perspective, as we see a few scenes that couldn’t have been witnessed by any of the boys. Regardless, the effect of limiting the film to the Dunst-Hartnett storyline is twofold: first, we get to enjoy many many many shots of pretty young actors being pretty, walking in slow motion, rolling around in the grass, etc; second, none of the other characters ever mean anything to us. This profoundly undermines the central mystery of the film, namely, why did these girls kill themselves.

It is asserted in the narration that the boys have been pondering the question for 25 years, but the narrator never bothers with a theory to explain it. We’re left to assume that they did it because their mom overreacted to Dunst staying out all night by locking them in the house for a couple of weeks. Which seems kinda stupid to me. Of course, the film has an answer for that: the narrator asserts that no one can ever know why anyone does anything (or words to that effect), that human behavior is necessarily inexplicable. But in the context of this film, where every action until the end is motivated and reasonably explained, it feels like a cheat.

Anyway, visually the film is quite pretty: Edward Lachman is a terrific cinematographer, and he does great work here. Much of the film is built around alternating shots suffused with warm or cold light, often changing tone within a shot/reverse shot setup in a single scene. I don’t know, though, that there’s any rhyme or reason to that, other than merely looking cool. There’s a whole lot of empty aestheticism in Coppola’s work: she has a great eye, but doesn’t appear to have much to say with it. Often, in this film (as well as Marie Antoinette, where it is thematically motivated) this makes one think that she’s more interested in the objects on display than a narrative or thematic or emotional statement. Her approach to period detail in this film is overwhelming, it might even be fetishistic.

But the soundtrack is great. Coppola’s really good with music, she has great taste and a real understanding of how to use music in film. All things considered, I actually liked the film. It didn’t make me as angry as Lost In Translation did, nor is it quite as empty as Marie Antoinette (which I think is good, but was overrated when it came out). 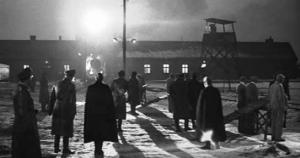 I saw Schindler’s List three times in the first two weeks after its theatrical release during my senior year in high school. At that time, and from my limited perspective, it seemed to me that is was the pinnacle of cinematic art, and I recall claims for it as one of the greatest films of all-time. The combination of the film’s exemplary technique, brilliant performances, Important Subject Matter and pleasantly liberal humanist message gave it a weight that crushed all opposition and all but prevented any kind of real examination of the film’s merits. At least, that’s how it seemed to me.

Later in the decade, under the influence of contrarian critics and the sheer fun of deflating the piously praised, I became enamored of the idea that it was a bad film, one that used its considerable resources to trivialize the Holocaust, a profoundly pure evil about which Hollywood films with great sound effects, beautiful cinematography, actorly acting and simple morals (“one man can make a difference” “there’s good in everybody, even womanizing Nazi war-profiteers”) have a pernicious influence on the human mind, actually making us stupider and more complacent (not to mention the argument that a movie wherein a German rescues a bunch of Jews is somehow racist, that one doesn’t make a whole lot of sense). Basically, the pendulum swung the other way around, where Schindler’s List‘s status as the big liberal elephant in the room causes the concomitant ideological objections against liberal elephants to come spewing forth, which of course, does as much to obscure the true nature of the film as the unquestioning worship does.

So, the task at hand is to disentangle the film itself from all the ideological seaweed it’s accumulated over the last 15 years, and try to see it for what it really is. Well, I watched it again last night, for the first time in a decade or so, and I’m surprised at how sloppy the narrative feels. Not so much the Schindler story: that’s pretty simple. He begins the film as a purely amoral capitalist hoping to become a war-profiteer. He has no definite opinion about Jews, neither for nor against them; his only concern is making money. He begins to soften with the liquidation of the Krakow ghetto and through the second half of the film, as he (and we) witness more and more atrocities, he wholly commits himself to helping as many Jews as he can, at the potential loss of his life, and even more importantly (to his old self), of his entire fortune. It’s a coming of age story. 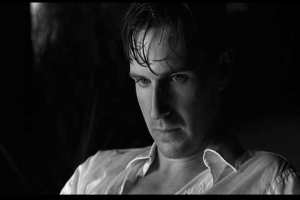 Ralph Fiennes’s story, on the other hand, feels slight and even caricaturish. He’s the evil Nazi Amon Goeth who commands the liquidation of the Ghetto, and later runs the prison camp with depraved and often random acts of murder. He represents the pure, un-understandable evil of Nazism. Schindler spends large sections of the middle of the film befriending and attempting to reform Goeth and it is Schindler’s final understanding of Goeth’s psychosis that moves him to more extreme action on behalf of the Jews. This feels like a cop out. Was the Holocaust only possible because of psychopaths like Goeth? Or is it just because the crazies were in charge? For all its seeming intent to be The Holocaust Film, Schindler’s List never attempts to truly understand the minds of the people who committed and allowed these horrors. Instead, it chalks it up to an unfathomable evil, when in actuality there were a lot more perfectly sane people doing atrocious things than lunatics. As such, Goeth never really feels like a character, more a force or an argument, a symbol of something Schindler needs to learn about rather than a real person. Even still, when he disappears in the final section of the film, it feels like we’re missing something like a conclusion to his story.

The real heart of the film, as well as its truest hero, is Ben Kingsley’s Itzhak Stern, the Jewish accountant who runs Schindler’s business and, from the very beginning, works behind the scenes to protect as many Jews as he can (he stockpiles Schindler’s factory with musicians and professors and rabbis, women, children, and the elderly, knowing those people would be most at risk of extermination). I would say a film about Stern would have been just as interesting, and moving, as one about Schindler, but Hollywood films require a protagonist that changes, and Stern never changes. He’s the opposite of Goeth, the absolute good to his absolute evil. It is to Kingsley’s credit that Stern feels more human than Goeth. Played differently, the film might succumb to the angel vs. devil on Schindler’s shoulders dynamic that structures the narrative. Instead, he grounds the film in a kind of reality, one that links the semi-documentary style of its horror scenes with the melodrama of the central character arc.

The film is extremely well-made, technically speaking. Janusz Kaminski’s black and white cinematography is lustrous and vibrant, and he and Spielberg create some wonderful images with shadows and beams of light. Spielberg’s always made striking use of light, and it’s good to know he does just as well with chiaroscuro imagery as he does in color. The score is appropriately, but not overwhelmingly, mournful, and the sound is a marvel. The opening shots of Schindler preparing for his big night at the cabaret blew be away in high school and continue to do so: it’s the sound (the rub of the silk tie, the tactile thumb of the cufflinks on the dresser top, the reassuringly heavy clunk of the drawers) that bridges the gap between our time and the colorless past to create a realistic world.

In all, the film’s merits outweigh its flaws (which, in addition to the simplistic narrative and approach to character include a few oversteps of the maudlin variety (I’m looking at you, cute little girl in the red coat), and a rather confused metaphor about names and lists (paperwork and names are repeated motifs, with both positive and negative connotations (Schindler refers to his workers by name, thus treating them as humans instead of “units” as the Nazis call them); there are bad lists (those kept by the Nazis) and good ones (the one Schindler and Stern create), everywhere there are references to an overwhelming amount of paperwork. This idea of the Holocaust as a triumph of bureaucracy over humanity is an interesting one, but it is left unexamined in favor of the unthinking evil represented by Amon Goeth.

It’s an extremely competent melodrama given inflated importance (both positively and negatively) by its subject matter. Schindler’s List is more Gone With The Wind than Citizen Kane, but that’s OK.

5 thoughts on “Movie Roundup: The Virgin Suicides vs. Schindler’s List”