The Shopworn Angel – A simple setup for a romantic comedy: naive country kid (James Stewart) stops off in the big city on his way to deployment in WWI.  He passes off the photo of a showgirl (Margaret Sullavan) as his girlfriend to impress his buddies, then convinces her to play along when they all actually meet her.  Naturally, the pretend romance turns real.  The tone is perfectly modulated between the silliness of this setup and the desperate realities of young men on the precipice of death and a cynical woman who’s been around the block a few times, and all kinds of credit is due these two stars (as well as Walter Pidgeon as the rich cad who might actually love Sullavan as well).  This is the first film I’ve seen by HC Potter, but I don’t know that he has the reputation for this kind of thing.  Perhaps more credit is due screenwriter Waldo Salt?  Regardless, it’s a delightful film, of not really on the level of other Stewart/Sullavan pairings like The Shop Around the Corner or The Mortal Storm.  The #8 film of 1938.

Give a Girl a Break – One of three great Debbie Reynolds musicals from 1953, along with The Adventures of Dobie Gillis and I Love Melvin.  Like Dobie Gillis, this one also features Bob Fosse, this time playing a much more important role (he’s actually the romantic lead) while not demonstrating as much his unique choreographic style (which was on display in Dobie Gillis and another great 1953 musical, Kiss Me Kate).  Reynolds is one of three actresses auditioning for a big show on Broadway, and Fosse is the director’s assistant who falls for her and does as much as he can to get her the part (this is essentially the plot dynamic of I Love Melvin).  The other two women include the director’s ex (this pair are played by Broadway star Marge and Gower Champion) and a woman the producer is smitten with, a dancer who is secretly married.  The film doesn’t have the anarchic wackiness of the other Reynolds or Fosse films from 1953, director Stanley Donen instead maintains control and focuses the film on a few brilliant emotional moments (Reynolds and Fosse together are particularly charming, as are the film’s final climaxes).  The #13 film of 1953.

Hound of the Baskervilles – I’m afraid that these Sherlock Holmes films just aren’t working for me.  Yes, Basil Rathbone is excellent, perhaps definitive as the detective, and this is definitely an improvement over the same year’s The Adventures of Sherlock Holmes, which told an original, and largely stupid, story.  But you’d think there’d be more horror and spookiness to the moor than there is in this film, at least there is in the original story (and the werewolf episode of Doctor Who, as well).  And that’s probably my problem: the Holmes stories in my memory are a lot better than any cinematic versions I’ve yet seen.  Still, by sticking largely to Conan Doyle’s plot and characters, director Sidney Lanfield has succeeded in making a watchable motion picture.  The #27 film of 1939.

White Dog – This Samuel Fuller film about a racist dog is one of the most fascinating and complex looks at American racism ever made, and perhaps unsurprisingly it was shelved by its distributor after accusations that the film itself was racist.  Why the NAACP thought it was is baffling: I can’t imagine anyone who actually saw the film thinking that, but such is the level of discourse about such things, and things haven’t changed much in the intervening 30 years.  Anyway, Kristy McNichol finds this German shepherd, adopts it, and is initially proud of its violent behavior (when it saves her from an attacker) then horrified (when it attacks one of her co-actors in the middle of a shoot).  She takes it to some animal trainers (the excellent Burl Ives and Paul Winfield) who explain that the dog was trained to hate and attack black people.  Winfield makes it his mission to retrain the dog, and the rest of the film is about his attempts to teach the animal that black people are nothing to be afraid of.  The film is based on a real event and a real phenomenon: dogs were trained this way and when an actress (Jean Seberg) found one and her husband wrote a book about it.  Like in most Fuller, the metaphor is both obvious and yet more complex than it seems.  Yes, the dog training is as much about whether individuals in society in general can unlearn the racism they’ve been taught (while accepting as a given that racist behavior is something that is learned), but while the film has that liberal hope at its center, Fuller is more pessimistic about how easy or likely it is to achieve.  It’s telling, though, that the film’s protagonists are a team comprised of a young white woman, a black man and an elderly white man.  The #3 film of 1982. 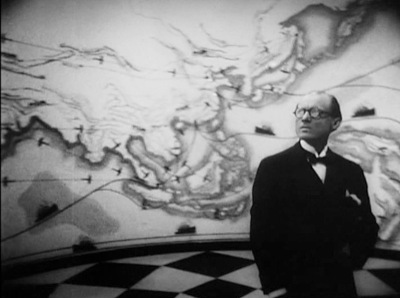 L’Argent – Maybe it’s just because I saw it last night, but I can’t help but think of The Social Network when thinking about this film.  Not much of what I’ve heard about Fincher’s new film has to do with its perspective on capitalism, though I think it’s more coherently about that than anything else.  Anyway, this film, a late silent from director Marcel L’Herbier is quite upfront in letting everyone know what it’s about: capitalism and the many ways in which it sucks, more or less.  Unkempt and overweight, moneyman Saccard is nearly undone by manipulative speculation on his company by the refined Gunderman.  To make a comeback, Saccard exploits an aviator’s scheme for oil drilling in Guyana while lusting after the aviator’s wife.  Not only is Saccard’s greed and amorality critiqued, but so are Gunderman’s even more villainous snobbery and far more subtle manipulations of people and money (the critique of Gunderman is correspondingly subtle as well).  The only mostly moral people in the film are the aviator and his wife, who are for most of the film nothing but saps.  L’Herbier was part of the French Impressionist school of filmmaking, a group that I have little familiarity with (this is, I believe, the only French silent film I’ve seen from beginning to end).  The film is a visual marvel: the camera always in motion, either subtly reframing characters to express the dynamism of the shifting power relationships or ostentatious set pieces set in the Paris Stock Exchange or a complex climax intercutting various actions with a musical performance on stage (in a silent film).  It’s a marvel, and one that I imagine will only get better on future viewings.  The #6 film of 1928.

The Navigator – One of the major Buster Keaton features that I’d somehow managed to not see until now.  He plays a clutzy rich kid who gets stuck alone on a massive boat with a pretty girl.  The initial setup is wonderfully done, especially an iconic sequence of the two of them looking for and just missing each other when they first begin to suspect someone else is on the boat and the couple’s first night on the boat, that manages to be both hilarious and terrifying (thanks to the floating head of co-director Donald Crisp).  Adrift on the open sea, the two have to learn for themselves not merely how to function on a boat, but the basics of life such as can-opening and coffee-making.  Eventually, Keaton has to venture underwater to fix a propeller (like Humphrey Bogart in The African Queen, but not really) and the two have to fight a tribe of cannibals that try to eat them.  It’s got a lot of great sequences, but it isn’t quite at the level of Keaton’s greatest work.  The #5 film of 1924.

The Shining Hour – Joan Crawford in a Frank Borzage melodrama with Margaret Sullavan and Robert Taylor?  No, I wouldn’t think she’d fit in either.  But of course, that’s why it works, because her character, a dancer who marries into a wealthy and uptight Wisconsin (?!) family, doesn’t fit in either.  She marries Melvyn Douglas, the brother of Taylor, whose wife is Sullavan and whose sister is Fay Bainter who is really mean to poor Joan Crawford.  Seems Bainter thinks Crawford’s going to disrupt the family by sleeping with Taylor, which, of course, she does, because that’s the kind of girl Joan Crawford is.  The Midwestern setting is strange for this kind of thing, you’d expect New England Puritan repression or Southern gentility masking horrible crimes or something.  Instead, Bainter is mean but right and Margaret Sullavan, as always, suffers nobly.  Good times.  The #12 film of 1938. 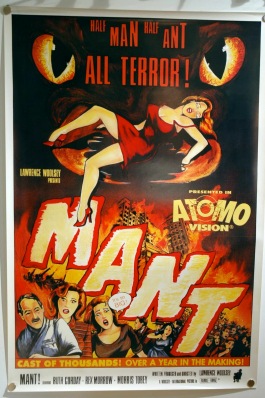 Matinee – Joe Dante might be the most underrated Hollywood director of the last 25 years.  Looking at his filmography, I’m shocked to learn that I’ve seen almost all of his theatrical features; I’m less shocked that I’ve liked every one of them.  This might be his masterpiece.  It’s an ode to the world of b-level sci-fi films from the 50s and 60s and the theatres where they played and the experience of seeing them and not being entirely sure whether they depicted things that were possible in reality or not.  John Goodman is the producer/auteur who comes to Key West around the time of the Cuban Missile Crisis to premiere his latest film, Mant, about a man who turns into an ant thanks to a freakish dental accident.  However, Dante wisely centers the film not on Goodman’s character, but on the group of kids who go see the movie.  The film is expertly constructed, with the various characters and relationships set up in the beginning, along with the complex effects that will enhance the film’s premiere with everything clicking smoothly into place during the increasingly chaotic screening.  It’s a textbook example of how to build to a farcical climax.  Add to that the nostalgic heart and pure love of cinema that the film oozes, and Goodman’s usual outsized hilarity, and you have a truly great film from a great filmmaker.  The #7 film of 1993.