On The Adventures of Tintin

I really enjoyed this and I’m not sure why it doesn’t seem to be as popular as it should.  I fear it’s because Tintin isn’t a typical Hollywood hero in that he doesn’t have some kind of psychological crisis he overcomes through his adventure.  Capt. Haddock has his addiction arc, but not a whole lot of melodrama is wrung out of that, and Tintin’s relation to it is simple disapproval.  Tintin doesn’t have a “character” that “develops” in the way we’re used to seeing, even kids’ movies invariably have some lame redemption or parental anxiety story grafted onto them. 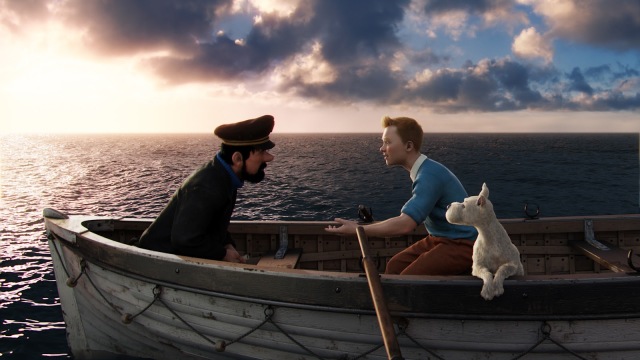 This is, I think, why it hearkens back to the first Indiana Jones film as much as in Spielberg’s brilliantly designed action set pieces.  Raiders of the Lost Ark doesn’t have character to speak of: Indiana Jones and Marion are types out of 40s Hollywood (the first a combination of Bogart and Flynn, the second a classic Hawksian woman) and their rudimentary romance merely serves to break up the action sequences.  They don’t develop, they are entertainment devices that are run through a plot in the manner of classic serials and adventure films.

This, then, is the truly old fashioned Spielberg film of 2011, not the thoroughly modernist War Horse.  The two films make an interesting pair, as inevitably happens when Spielberg releases two films in the same year, always opposing versions of himself (Schindler’s List and Jurassic Park in 1993, Munich and War of the Worlds in 2005, Minority Report and Catch Me If You Can in 2002, Amistad and The Lost World in 1997, Always and The Last Crusade in 1989).  In almost every one of those years, I prefer the Genre Spielberg to the Prestige Spielberg.  2005 is pretty close: both Munich and WotW are very good movies with really awful scenes near the end.  War Horse has more greatness in it (the last hour or so), but also more terribleness (the first hour or so).  Tintin is consistently good throughout, but it feels like it’s missing something.

It’s the work of a master, with beautifully conceived and executed action sequences and it is always entertaining.  Formally, the film is a wonder, not just in managing to (barely) overcome the inherent uncanny valley issues of its medium.  Spielberg creates some of the most clever and beautiful dissolves seen in years, and there’s a visual motif of reflective surfaces (mirrors, glass, water, etc) that is unmatched in any animation I’ve seen.  To what end I’m not sure: why is Tintin hounded by so many distortions of reality?  Is it merely because it looks really cool?  I think so, and that gets to what I think the film is missing.  It’s a well-told story that is all surface; it lacks the inspiration, the edge, the danger of genius.  It’s a more accomplished film than something like Gore Verbinski’s Pirates of the Carribean films, but I prefer the crazy energy of those films, the willingness to go completely off the rails to risk making a great movie.  War Horse comes close to that, Tintin plays it safe. 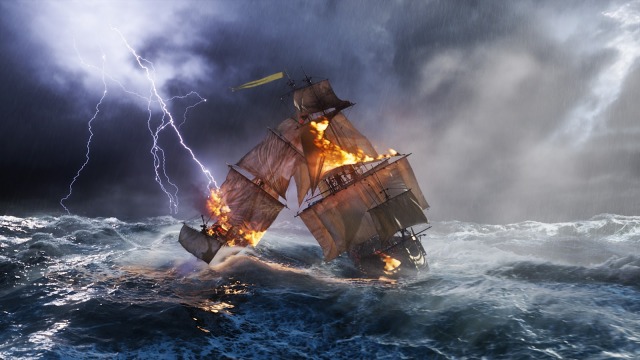