For the Love of Film: On The Manxman

The first thing about The Manxman is the title, which is a word with which I was previously unfamiliar.  It simply refers to a person from the Isle of Man, the need for such should be obvious (one could hardly be called a “Manman”, or even worse for a female from the Isle, a “Manwoman”, after all).  Which man from Man is the Manxman of the title, though, is a bit unclear.  And that leads to the second thing about the film: it’s pretty much a straight melodrama, more straight than any other Hitchcock film I’ve seen.  Hitch himself dismissed it in his interview with François Truffaut, saying, “It was a very banal picture. . . .It was not a Hitchcock movie” and that the only interesting thing about it was that it was his last silent film.  Far be it from me to disagree with the man himself, but I think it’s a bit better than that.  (Truffaut, for his part, thought the film was interesting in its prefiguring of Under Capricorn, with which it does have a lot in common).

The plot is a mostly conventional love triangle story: two Manxmen, friends since childhood but from opposite ends of the socio-economic scale love the same woman, the daughter of a pub owner (a “publican” another great word), but neither are aware of the other’s interest in her.  The poor friend, Pete, is a fisherman and makes the first move, trying to win over the girl’s father.  He rejects him as too poor for her, so Pete sets sail to make his fortune leaving the girl (Kate) in the arms of his trusted friend Philip, a lawyer in training to be a “deemster”, a judge.  Pete is reported dead and Kate and Philip quickly fall in love themselves.  Pete, of course, is not dead and returns having made some money (how much money we don’t know, presumably not a ton, as he continues to fish.  Details like this Hitchcock thankfully leaves out: how much money did Pete make?  Why was he dead and then not dead?  How does a fisherman make a fortune in South Africa?  These questions are irrelevant so Hitchcock doesn’t bother to answer them.  I’m reminded of a difference in the two versions of The Lodger: in Hitch’s version, the old couple are just renting out a room with no explanation, but in Brahm’s Hollywood remake, the lady of the house gives a boring speech about how they need to raise money because her husband lost money on an investment or something.  Who cares?). 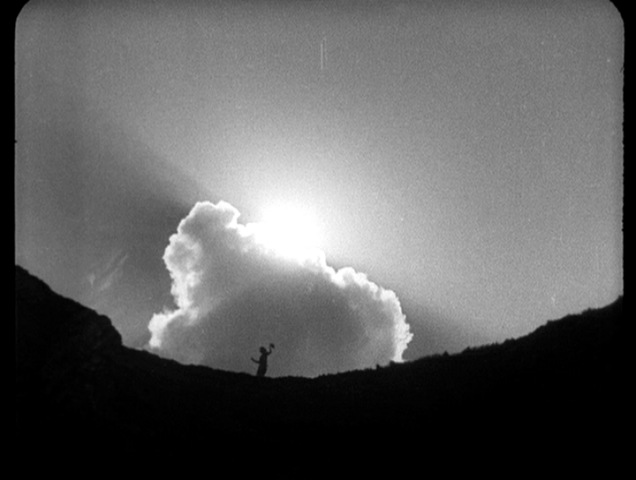 Rather than simply tell Pete that they’re in love, Phil and Kate keep silent.  Presumably they fear upsetting their friend and choose to suffer through being apart.  Pete and Kate’s engagement, wedding and reception is told economically through a series of lovely dissolves, centered on Kate’s intensely sad face.  For the most part though, this is a much less visually stylized film than The Lodger was.  Whereas that film showed the influence of German Expressionism in its deep shadows and haunting distorted and abstract imagery, The Manxman is much more in the vein of Scandinavian directors like Victor Sjöström or Carl Theodor Dreyer, composed interior shots of repressed people looking away from each other.  (I also found myself thinking of Hiroshi Shimizu’s Japanese Girls at the Harbor, though that may simply be a reflection of the sweetly melancholic piano score by an unnamed composer that’s reflective of Donald Sosin’s score for the Eclipse release of that great film).

After having a baby, Kate finally leaves Pete and hides out in Philip’s house, though Phil’s unsure if he can have her around, having just been given the prestigious deemster position: a scandal would ruin him.  Kate finally tells Pete what’s been going on, and that the baby is not really his but Pete refuses to believe her and takes the baby and hides in his room.  Kate wanders to the sea and throws herself in.  She’s rescued though and put on trial for attempted suicide (apparently against the law), so with everyone finally in place and the whole village watching, Philip must choose his career and his friendship or dishonor and the woman he loves and their baby.  He chooses dishonor and the film ends with he and Kate shunned away from the island by a horde of angry women while Pete watches over the fishing fleet with tears in his eyes.  It’s a wonderfully unhappy ending.

So who, then, is the Manxman of the title?  Throughout the film, I kept thinking of Pete the fisherman as the hero of the story, the honest, gregarious guy accidentally betrayed by his best friend and the woman he loves.  But at the end, Phil’s sacrifice of his reputation and career seems almost heroic, though it’s really a matter of his simply accepting the consequences of his actions.  There isn’t really a villain in the film: everyone acts with the best intentions, though the film is based on one of those silly melodramatic situations that would be resolved if everyone would have just sat down and talked for five minutes or so.  Ultimately, I’d imagine one’s enjoyment of the film would rest on the ability to overlook that kind of narrative contrivance.

Finally, the version of The Manxman I watched is the one streaming on Instant Netflix.  The film had been in the public domain, like the rest of Hitchcock’s silents, for decades until Canal+ bought the rights and restored the film for DVD release a few years ago.  The image, even streaming, is stunning, certainly compared to the terrible condition of The Lodger in the public domain versions I’ve seen.  This only points to the value of film preservation and the wonders of streaming video.  Not coincidentally, this post is part of the For the Love of Film blogathon to raise money for the National Film Preservation Foundation and their efforts to make what remains of The White Shadow, the earliest extant film on which Hitchcock played a major role, available free on the internet with a newly recorded score.  Click the button below to donate. 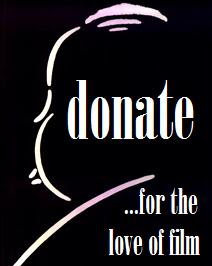