VIFF Day One: Thursday Till Sunday 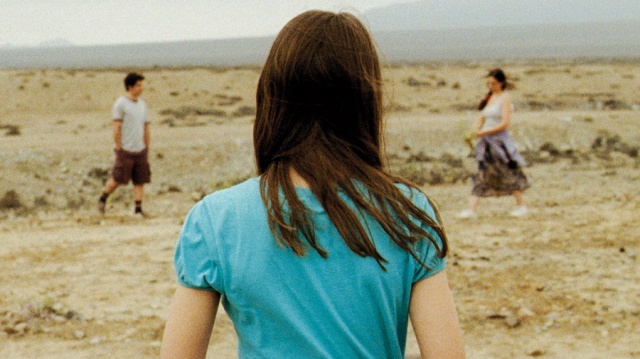 A lovely little film from Chilean director Dominga Sotomayor, the first of what looks to be a strong contingent of films from Chile at this year’s festival (I’m looking forward to Raul Ruiz’s Night Across the Street and Pablo Larrain’s No as well).  The film presents a child’s eye view of a family roadtrip, dominated by Santi Ahumada as the preteen Lucia, a charming girl who plays games and sings with her little brother in the backseat, only occasionally wears shoes and catches bits and pieces of what appears to be her parents on the verge of breaking up.  Much of the film takes place in the car, a beat up old station wagon, and Sotomayor not only ingeniously finds new ways of looking at a familiar space, she manages to create some remarkably beautiful images.  One in particular, a profile shot from the passenger side of the father driving  in silhouette with the sun setting behind him manages to keep both driver and passengers in focus as the mother climbs from the front seat to the back and Lucia moves from back to front.  Sotomayor as well delicately balances conveying the parental drama just obliquely enough that our experience of it mirrors that of the young protagonist, in this sense, the film is quite reminiscent of Hou Hsiao-hsien’s A Summer at Grandpa’s.  Instead of really understanding exactly what’s happening with the parents (the father is taking them all on a trip to a piece of land he’s inherited, but it may be a prelude to his moving out; the mother appears to be having an affair with a single father they (coincidentally?) meet along the way; some people have sex in a tent, followed by pigs invading their campsite (not exactly subtle); and so on) we feel Lucia’s sense of uneasiness and confusion.  She knows more than her parents think, but not enough to make narrative sense of it all: she just feels the wrongness.  Despite all that, the trip continues and after a harrowing night where the mother runs off after a fight with her husband and Lucia appears to lose her whole family in the desert wandering alone on the rocky alien landscape, the family is reunited and soon reaches their new land.  But will it last, or is the last time they’ll be together?

Unfortunately, I had to skip the Q & A with Sotomayor and Ahumada after the show (next movie was starting too soon), I would have loved to have heard them talk about their movie.  Great start to VIFF 2012.