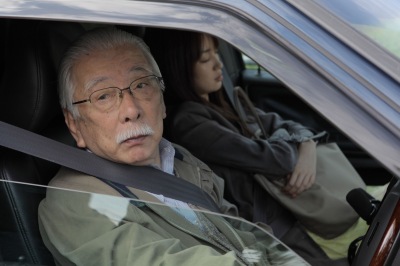 I find writing about this film, the latest from director Abbas Kiarostami (whose Certified Copy was my favorite film at VIFF 2010), to be nearly impossible without going into spoilery detail. Normally I wouldn’t mind that; whatever it is, this is not a movie-review site and most of what I write assumes the reader has either seen the film in question or doesn’t care too much about knowing the ending. But one of the real pleasures for me in watching Like Someone in Love was that I never knew what was going to happen next or even what kind of story Kiarostami was trying to tell. I took more notes during this screening than at any other at the festival, largely because I had no idea what details were going to prove significant or not, which information was crucial and what, if anything, was merely decoration. I’d hate to prevent anyone else from having that same experience by giving away too much.

Generally speaking, Like Someone in Love is much like any other Kiarostami film: it’s structured around a series of conversations, usually between only two people, often filmed through the windows of cars as people move from one location to another in approximately-real-time. Unlike the previous films I’ve seen from him, it’s never entirely clear who the main character of the film is. It starts with one person, well, actually it starts with someone we don’t see, an off-screen voice, talking to that one person, a young Japanese call girl. She heads off on a job entertaining an old man, a kindly, slightly doddering professor. The next day, the professor meets her boyfriend (the two are having relationship issues) and gives him some grandfatherly advice. These sequences have a bit of a The More the Merrier vibe, with the old man playing the Charles Coburn role bringing together the young couple, played Jean Arthur and Joel McRea in that George Stevens classic. Tadashi Okuno, who plays the professor, even kind of looks like Coburn, or maybe Colonel Blimp. The trio eventually split up and are brought back together, along with the professor’s neighbor, another character we see only as an off-screen voice. 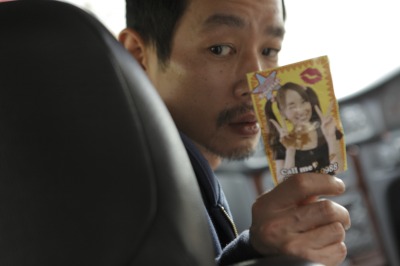 Every character adopts certain roles (they all act “like someone in love” at one time or another), somewhat similar to the identity games of Certified Copy, but more elaborate and diffuse. Instead of a couple playing a game the rules of which they understand better than the audience (Kiarostami encourages us to distrust the surfaces we see, explicitly in the dialogue but also in the film’s repeated use of reflections: mirrors, car windshields and works of art; visual metaphors which all recur in Like Someone In Love), the characters in this film seem less self-aware of their role-playing. It’s not so much a romantic/philosophic/aesthetic exercise for them as it is simply the way they manage to get through life: identity-construction and therefore the malleability of self is essential to their natures. Characters and situations double and redouble, with variations and permutations both obvious and obscure. If I remember correctly, the film even uses multiple versions of the title song: John Coltrane and Ella Fitzgerald (alas, no Björk).

I’m going to stop here. Like Someone in Love should be getting a wider release in the next few months, and I can’t wait to see it again. I suspect but want to confirm that it has a fractal design, where each scene, each character is a microcosm of the film and its themes taken as a whole. Where the plot doesn’t progress but merely shifts in time and space. That is, until . . . . 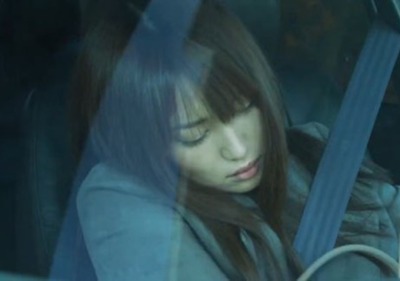