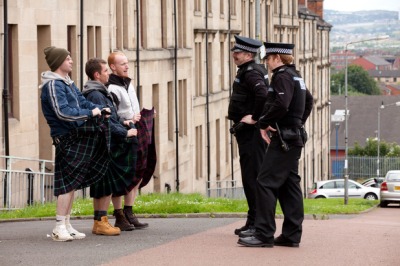 I haven’t seen any of director Ken Loach’s early films, or even any of his middle period films. My impression is that they’re hard-edged, kitchen sink-realism type movies about poor people ground up in the engines of capitalism. That’s the kind of perspective that made his Palme D’Or-winner The Wind that Shakes the Barley, the first film of his I saw, so unique among war movies: it’s the story of the Irish Civil War that doesn’t shy away from the political strife endemic to leftist revolutionary movements, remarkably clear-eyed in its understanding and sympathy for both sides of the war (personified in the film’s two main characters), but unapologetic in ultimately condemning the more reactionary, less idealistic side. So I was a little surprised when Loach followed it up with a light, supernatural comedy about poor schlub whose imaginary friend, real-life Manchester United star Eric Cantona, helps him along the path to self-actualization. Looking for Eric is a charming film, Fordian, maybe even Capra-esque, in its sense of community and is aided immensely by Cantona’s awkward reading of his own hilarious aphorisms. It’s a really nice film, a word that I’d never use to describe The Wind that Shakes the Barley. 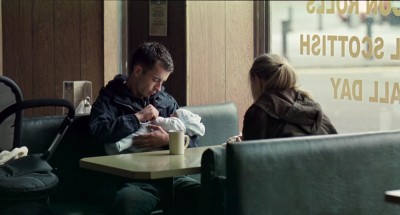 The Angels’ Share is another nice film. Again Loach focuses on the working class, this time a young Scottish ex-con named Robbie (played by Paul Brannigan) trying to go straight and be a responsible father with the help of a gang of misfits and a kindly probation officer. Of all things, they form a whiskey-tasting group and Robbie discovers he’s a natural sommelier (but for whiskey, not wine, they’re Scottish, get it?). Once Robbie learns he has a talent, he’s able to put the past behind him (literally, he keeps getting sucked back into a violent intergenerational feud with another lower class lout, hints of the struggles of the petty criminal working class hang generically around the edges of the film, like ghosts of more (self-)serious movies past) and be a better man. Then, the misfits embark on a hijink-filled cross-country trip to steal a bunch of old whisky from an ancient keg and sell it to an unscrupulous dealer. The heist is suspenseful, the jokes are funny, The Proclaimers proclaim and your heart is warmed. Everything about the film is just so average, though. It doesn’t have the inspired-weirdness that Cantona brings to Looking for Eric, it just kind of floats along, totally harmless. Ken Loach made movies for 40 years before I managed to see one of them, and that one happens to be one of the best movies of this century and one of the best war movies of all-time. If he wants to spend his twilight years remaking The Full Monty, I won’t complain too loudly. I really should just go watch Kes. I hear that’s really great.