In the two weeks since the last rankings update, I’ve managed to complete more podcasts than written reviews. The Jane Campion episode of They Shot Pictures went up a couple days ago, covering An Angel at My Table, Portrait of a Lady and Top of the Lake. The Sammo Hung episode of TSP will be posted this weekend, discussing Magnificent Butcher, Wheels on Meals and Pedicab Driver. I also started a new podcast with my old Metro Classics compatriot Mike, The George Sanders Show. The first episode posted last weekend, on Fritz Lang’s The Big Heat and Johnnie To’s Drug War. This’ll be a weekly show, with Budd Boetticher’s Ride Lonesome and Jim Jarmsuch’s Dead Man scheduled for this week’s show. You can follow both shows on twitter (@GeoSandersShow and @TSP_Podcast), in addition to following me personally @TheEndofCinema.

The two reviews I did write are for Huang Feng’s Hapkido and Lau Kar-leung’s Dirty Ho, two more entries in the Summer of Sammo. The rest of my reviews related to this dive into Hong Kong genre cinema are now compiled into the Summer of Sammo Index, now conveniently located in the link sidebar on every page. I added a new director list over at Letterboxd, for Fritz Lang, and updated a number of others. 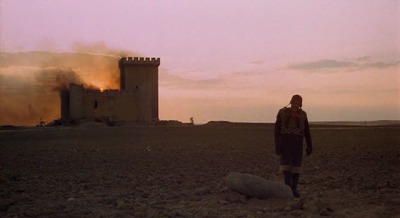 Here are the movies I’ve watched and rewatched over the last week or so, and where they place on my year-by-year rankings with links to my short letterboxd reviews, where applicable: