This Month in Rankings 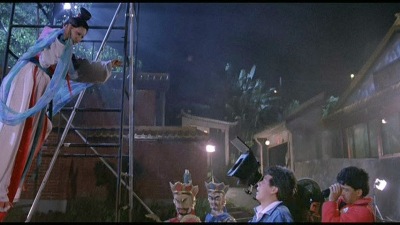 It’s been a month since I updated these rankings, and a few weeks since I’ve written anything here at all other than my annual All-Time Top 100 List. In that time, I brought the Summer of Sammo to an end, with final reviews of Ashes of Time Redux, Crouching Tiger, Hidden Dragon, My Heart is that Eternal Rose and Boat People. In all I watched 83 movies during the Summer of Sammo, roughly from Memorial Day to Labor Day, and of course I have a ranked list of them all over at Letterboxd.

In other media, several episodes of The George Sanders Show have been recorded: on Sons of the Desert and Ishtar, on The Grandmaster and A Touch of Zen, on The Top Ten Films of All-Time, on The Killing and The Black Stallion, and on Once Upon a Time in America and The Roaring Twenties. The first of several planned episodes of They Shot Pictures on director John Ford is up as well, this one covering his Westerns and focusing on Stagecoach, She Wore a Yellow Ribbon and Two Rode Together in particular. Our second Akira Kurosawa episode, covering his samurai films, should be up any day now as well.

Coming up over the next few weeks, I’m heading once again to the Vancouver International Film Festival. This will be my fifth trip to VIFF, and for the first time I’ll be there as an officially recognized member of the press. So look for a bunch of reviews from that. Before heading out, I plan to watch and review a few VIFF-related films to get me warmed-up, and hopefully I’ll write that one last review to complete my coverage of VIFF 2012. We’ll have a festival recap episode of They Shot Pictures as well, comparing my Vancouver experience with Seema’s time at the Toronto Film Festival. I’m also just starting research for our Claire Denis episode. Meanwhile, The George Sanders Show will be taking a look at two Harakiris and then the two Solarises.

These are the movies I watched and rewatched over the last month or so, and where they place on my year-by-year rankings.