Running Out of Karma: Further Notes on Blind Detective

Running Out of Karma is my on-going series on Johnnie To, Hong Kong and Chinese-language cinema. Here is an index.

I reviewed this a year ago and it’s all still true. It’s a terrific film, one of Johnnie To’s best recent works. But rewatching it, another couple of things jumped out at me beyond what I mentioned there.

It’s more intricately structured that it appeared to me at first, with a series of doublings between Andy Lau’s detective Johnston and his suspects. The serial killer in particular is signified as an evil version of Lau: he dresses like his victims, he eats a lot, and he’s obsessed with eyes.

Also: Lam Suet is a cab driver just like the serial killer (also the role Lau plays in the imagined recreations).

All of the crimes revolve around not-seeing, or at least hiding in plain sight. One killer hides a body, implicating a victim in his crime, a couple of killers hide in closets, the initial killer hides in the crowd, the hordes of people wandering and shopping the busy streets. The serial killer hides far out of town, and goes untracked for so long because his victims, rejected lonely women, are ignored and unseen by the world at large.

The dancing motif is present right from the first meeting of Lau and Sammi Cheng, their fighting off the acid-thrower being performed as a series of tango steps. I don’t know much about the tango, but it seems like a dance where not looking at your partner (or looking at them with a particular kind of intensity) is especially important.

There’s also a great touch when Lau finally talks to Gao Yuanyuan, the dance instructor he’s had a crush on since before his blindness. They dance and he’s much better than her: she keeps stepping on his toes. Because she’s caught off-guard by him, or because he’s practiced so much that he’s surpassed her?

Interesting too that Gao, the center of the love triangle in Don’t Go Breaking My Heart is here the love interest that the hero must get over in order to begin a relationship with Sammi Cheng, which is the same role she plays in Romancing in Thin Air.

Both this and Romancing involve the hero creating a narrative to help Sammi get over a trauma. In the first movie, Louis Koo literally makes a film to help her resolve the loss of her husband. In this one, Lau uses the Method acting like approach to detective work to create a narrative that ultimately solves (explains) an event from Cheng’s youth that’s haunted her for her whole life.

Both Running on Karma and Mad Detective use the same visualization approach to solving crimes. But those films are more spiritual, with karma and (possibly) ghosts aiding the police work. Blind Detective is resolutely materialist, turning the scene in Mad Detective where Lau Ching-wan eats an improbable amount of food into a two-hour movie.

The film is relentlessly monochrome, Andy and Sammi almost always clothed in black or gray, with only a few bursts of color (Gao Yuanyuan’s red dress, the rich browns of the serial killer’s mountain hovel) breaking the noir color palate. There’s a signature To shot: overhead on a black street at night, three streetlights forming white spotlight circles that a young girl (imagined) runs through. This is in contrast to the whites and greens of Romancing and the popping blues and reds of Don’t Go‘s screwball fantasy world. Typically To’s comedies are very colorful while his dramas are more stark. Here he takes the slightly distorting wide-angle lenses of his comedies and puts them to use in the sombre world of crime, mixing his tones visually as much as the script does in narrative.

I just read the five reviews of Blind Detective linked to on its wikipedia page and they are uniformly bad. Not just in their view of the film, but in their writing and analysis. The laziest possible critical ways out. (Broad acting! Tonally inconsistent! Looks great! Silly and therefore a step back from his serious films like Drug War or Election!) That wouldn’t be a big deal, there’s no shortage of awful film criticism in the world, except that I’m pretty sure that the reason this didn’t get a release in the US of any kind is because of these reviews in influential publications (the Hollywood Reporter, Screen Daily, Film Business Asia (which gave it a 2(!) out of 10)). At least Justin Chang’s review in Variety does the film justice. Of course, it’s not on the wikipedia page. This is an under-publicized problem with our system of art house and foreign film distribution: quite often the critics with the biggest or most influential platforms are, through ignorance or overwork or any of the random mood-altering events that can color your initial impression of a film, terrible at determining which films we should be allowed to see. 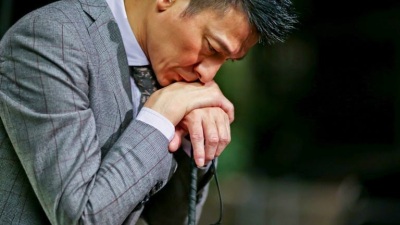