A couple days ago, on the eve of the announcement of the seventh decennial Sight & Sound Poll of the Greatest Films of All-Time, I predicted this for the Critics Top Ten:

This was the actual Top Ten:

I’d say I did alright, but not spectacular by any means. I had the wrong Western (no Howard Hawks film made the top 50(!) while John Ford’s The Searchers returned to the Top Ten) and the wrong Japanese film (I really underestimated how well Ozu would do, I’m quite happy to see).  Singin’ in the Rain dropped down to #20 and I’m very surprised the Dreyer and Vertov films moved ahead of it.  The Vertov seems to have shocked everyone, it appears to have supplanted Sergei Eisenstein’s Battleship Potemkin as the Top Ten’s representative of Silent Soviet Cinema, though Potemkin did end up at #11, so maybe its more a matter of Camera also getting a lot of pro-documentary and -avant-garde votes (it’s a landmark of both types of film).  The Dreyer film has been in and out of the Top Ten for decades, so it’s less of a shocker, though I don’t think anyone predicted three silent films in the Top Ten.  In the Mood for Love was a long shot, but it did end up at #24, the highest ranked film of the last 33 years (1979’s Apocalypse Now at #14 is the next most recent) and a mere 22 votes (out of 846) behind 8 1/2 for tenth place.

Here’s the Top Ten with where I ranked them last year in my Top 1000 Films list:

And the films in my top ten that did not make the S&S Top Ten and their rank in the S&S Top 50, if any:

I’m looking forward to being able to pour through the individual ballots, both for the critics and the filmmakers who participated in the Directors Poll (where Kane also finished second, but in this case to Tokyo Story).  I suspect that when we get a look at the full list, beyond the Top 50, it will look a bit less dominated by the same old established films that make up the Top Ten (only Man with a Movie Camera had never been in the Top Ten before this year, and it’s over 80 years old).

With the most recent film on the Top Ten being Kubrick’s 43-year old 2001: A Space Odyssey, there’s been much complaint (on Twitter if not more reputable places) that the voters are biased towards the films of the post-war Baby Boomer era, or at least against more recent films.  Bicycle Thieves topped the original list in 1952 a mere four years after its release, and L’avventura came in second about two years after its cacophonous reception at Cannes.  On the contrary, though, I’d say we’re seeing the effects of exactly the opposite phenomenon.

It took only 64 votes to make the Top Ten.  64 out of 846 ballots, or 7.6%.  You would expect that the more familiar a group is with a certain era of film history, the more films from that era they would vote for, spreading the votes around to such a degree that they’re unable to coalesce enough votes around any given film from that era.  The list tends to be dominated older films and Official Best films (Best Western: The Searchers; Best Japanese Film: Tokyo Story (which moved ahead of Seven Samurai in ’92 and remains, despite the one being only the second or third best Ozu and the other being the Best Movie Ever); Best Musical: Singin’ in the Rain; and so on).  A voter who is very familiar with the films of the last 40 years but not so much with the ones from the previous 70 has a wider pool of recent films to vote for than older ones.  So support for recent films is diffused while the past consensus films live on.  If this is the case, then the poll results we have indicate that the voting critics are not familiar enough with the first 70 years of cinema and are instead too focused on recent films.

Lower on the list we are starting to see consensus build on certain more recent titles (In the Mood for Love at #24, Mulholland Dr. at #28 (a couple years ago, it was our #2 movie of the 2000s over at Metro Classics), maybe Beau Travail at #78) while Coppola and Scorsese struggle to cohere enough support around a single film (Apocalypse Now (#14) or one of the Godfathers (#s 21 & 31)?  Taxi Driver (#31) or Raging Bull (not in the Top 50 this year after finishing 6th in the 2002 Directors Poll)?) in the way a consensus has determined the best films of Ozu, Ford, Welles, Dreyer, Renoir, Fellini, Hitchcock (votes for Rear Window went steadily downward over the decades as Vertigo climbed its way to the top), Murnau, Kubrick, etc.  This vote-splitting is, I think, the biggest reason Godard has yet to crack the Top Ten (he had four films in the Top 50, more than any other director), and why Kurosawa (Rashomon stealing votes from my beloved Seven Samurai), Antonioni, Mizoguchi, Tarkovsky and Bergman find themselves on the outside these days.

For evidence of the growing consensus on the top films of the past 40 years, note that 13 of the 11-50th ranked films are from after 1970:

If only 23 out of 804 people voted for non-In the Mood for Love Wong Kar-Wai films, (I’d guess that’s a pretty safe bet, but we’ll know for sure in a few days) and those people switched their votes from Chungking Express or Happy Together or Days of Being Wild or whatever to In the Mood, then there’d be a film from this century in the Top Ten.

What’s most shocking about the poll is not its repetition of staid consensus, but just how eclectic it is.  Over 2,000 films received votes.  That only ten of them managed to get even 7.5% of the vote is an argument for just how volatile and in flux the film canon truly is.  Given this environment, the stability of the Top Ten is better seen as a remarkable fluke, or at least a last gasp, than a representative of some kind of critical imperialist tyranny. 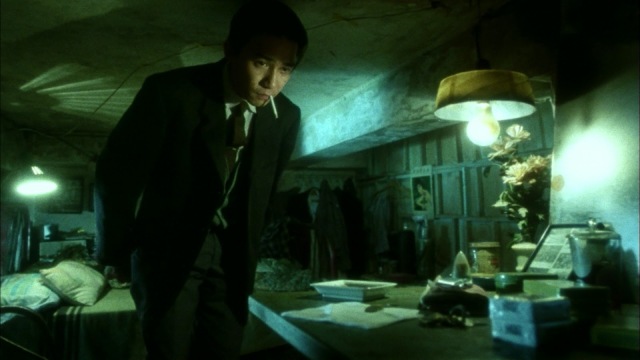